Here are some fantastic concept art images by John Howe and Alan Lee from the new book The Hobbit: An Unexpected Journey Chronicles that is now for sale. Jump past the break to see the rest.

A Review––The Hobbit: An Unexpected Journey

Wow. Just wow. That was quite the movie. The Hobbit: An Unexpected Journey was every bit the adventure it claimed to be. And like any adventure, it had its share of good parts, fantastic parts, not-so-good parts, and (in my opinion) some very-well timed funny parts as well. I thoroughly enjoyed it, despite being a bit apprehensive after having read a lot of mixed reviews over the past few days. How did it stack up against the LOTR trilogy? Difficult to say, really. It was a different story, with different goals and motivations. But, if forced to rank AUJ against the LOTR films, I'd have to say I thought it at least as good as ROTK, better than TT and nearly as good as FOTR. Of course, I've had a lot of time to think (and re-watch) the LOTR films, so my final opinion will undoubtedly change in the future. I'll dive into the details after the break . . . so read on, Tolkien fan, and see what An Unexpected Journey  has in store for you. 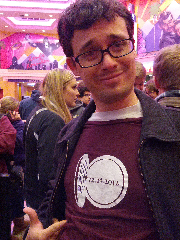 If you're not too squeemish about spoilers, take a gander at this awesome preview of the upcoming movie (which is less than 1 WEEK AWAY!!!!). Then jump past the post to look at some of the best new images from the preview.

Over the next seven days we'll counting down to the release of The Hobbit: An Unexpected Journey by posting up some of the best quotes from The Hobbit in Facebook-friendly formats for you to share with the whole world. Here for your enjoyment is the first one!