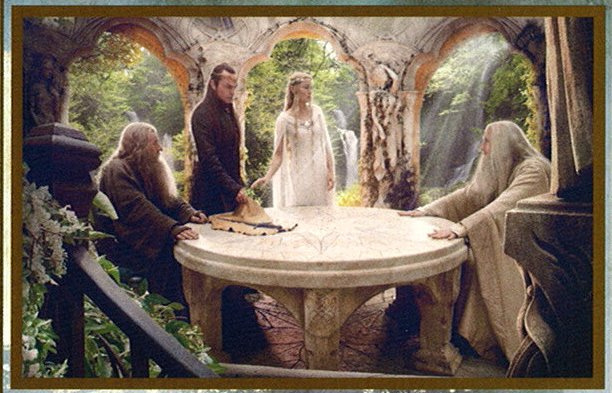 Finally, some more Hobbit pics! Call me spoiled . . . but I was getting pretty tired of this post SDCC picture drought we've been in. I mean, it's been what, three weeks? Anyways, folks over at theonering.net gave us this fantastic image of the White Council (including for the first time Saruman the White), and even better, our first glimpse of Thranduil, the Woodland King. If you're not afraid of some major spoilers, jump past the break to have a looksie at Legolas' dad: 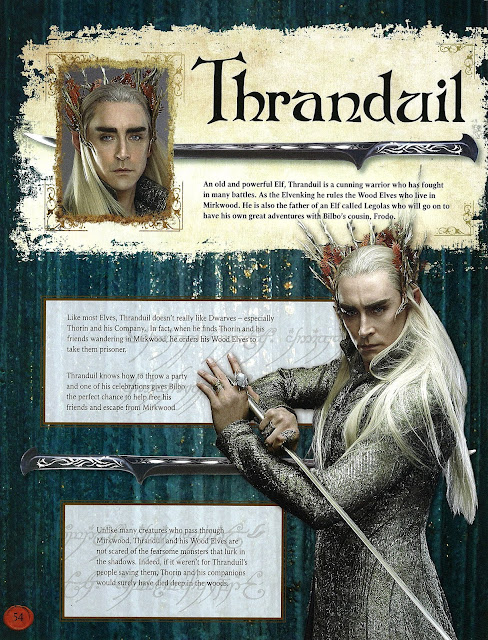 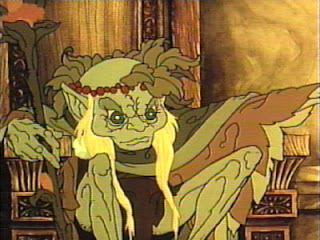 Now, I have to admit, this hasn't been my favorite spoiler from the upcoming movies. I'm not sure why, but this just isn't what I pictured Thranduil looking like. Of course, new Thranduil looks a whole lot better than the Rankin-Bass version; but, there are still just a few things I don't like that much. For instance, why couldn't the "Woodland King" have a bit more of a woodland look to him? As far as I can tell, except for his crown, the guy looks just like all the other elves we've seen in Rivendell and Lorien. And at least the RB cartoon got Thranduil's crown right . . . the crown is supposed to be made from real berries and real leaves. Now, to WETA's credit, they did get the color of the leaves right. But precious-metal or not, they're still fake! To be fair, aside from those few complaints, the guy is slowly growing on me (as usual . . . curse you PJ!). His sword looks awesome, it's hands down my favorite thing about this guy.

So, in short, I'm stoked to get these new pictures and anxiously waiting for more!

Email ThisBlogThis!Share to TwitterShare to FacebookShare to Pinterest
Labels: An Unexpected Journey, August 2012, Sauruman, Sauruman the White, The Hobbit, The White Council, Thranduil