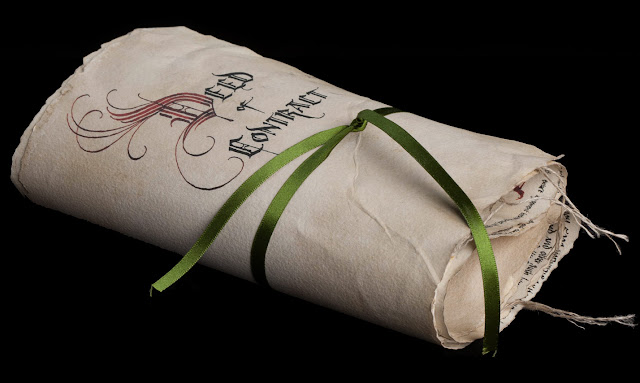 Pipeweed and other such luxury items shall be provided by Burglar; indeed, not only for himself, but for the other members of the Company if such can be obtained along the way by means pertinent to his profession.

One of my favorite moments in the The Hobbit: An Unexpected Journey, is when Balin presents Bilbo with the Deed of Contract. Its a classic moment in the book, and although the movie puts its own spin on it, I think that Martin Freeman still carries it off wonderfully. Jump past the break to get access to the full text of the Contract. 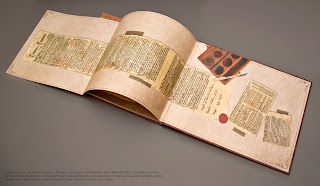 Before the movie came out, Dark Jackal did a lot of work deciphering as much of the document as possible from some of the teaser images that had been released. I received the The Hobbit: An Unexpected Journey Chronicles for Christmas, so last week I decided to open up the facsimile of the Contract included at the back of the book and transcribe the text of the Contract to a Word Document so that the entire world can enjoy it.

There is a lot of little text in the Contract, but it is a seriously funny bit of dwarven legal writing . . . poor Bilbo had no idea what he was getting himself into. Below I've included links to a Word and a PDF version of the follow on Google Docs. You can download the original files by going to File>>Download.

*Notes: The Word doc was formatted on a Mac, so it may have some issues on a PC . . . maybe. You'll have to see. Also, it looks a little weird in the Google Docs viewer, but once you download the Word doc or PDF it looks fine. Enjoy!