The Hobbit: The Desolation of Smaug––What Do We Know So Far? 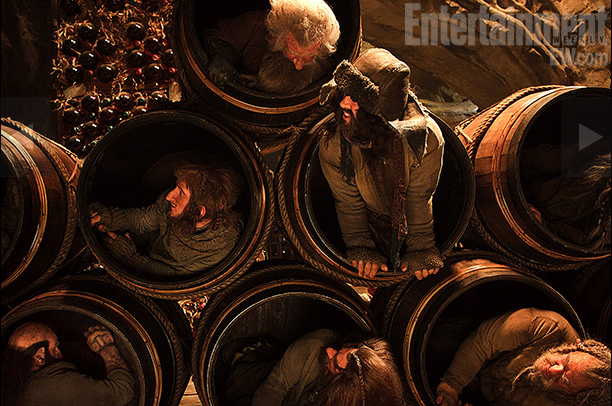 Well, The Hobbit: An Unexpected Journey has come and gone. It was awesome, and now we'll all have to wait a few more months until it comes out on Blu-Ray (or longer if you're like me, since I definitely fall under the 'strapped for cash' category and will by saving my pennies for the Extended Edition coming out towards the end of the year) before we'll be able to see it again. Luckily, there's another whole movie coming out in just ten short months! So there is plenty of speculating, theorizing and geeking out ahead of us.

So, I thought I'd round up all the hints of The Desolation of Smaug we've already been given, and remind myself of all of the awesomeness that the next installment of The Hobbit has in store for us. Jump past the break for a quick refresher of all that awaits our hero, Mr. Baggins: 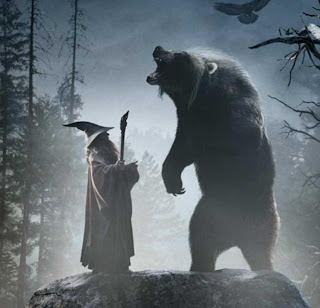 1. Beorn: First off, our plucky group of adventurers will turn in for some well-deserved R&R at the house of the shape-shifting Beorn (a wonderful use of the Old English word "Beorn", which means both Bear and Warrior), who is not overly fond of Dwarves and is only moderately tolerant of Wizards. Luckily for Thorin and Company, Beorn also has an abiding hatred of goblins, and the death of the Great Goblin at Gandalf's hand is more than enough to impress him. It is Beorn who resupplies Bilbo, Thorin and the others for the next leg of their journey . . . 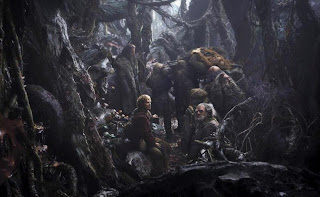 2. Mirkwood: Perhaps my favorite part of the book is when Thorin and Co. slog through the dark depths of Mirkwood Forest. There is just something iconic about that shadowy wood that has always stuck with me. And the few glimpses of the forest we've seen so far look amazing! There is a lot that happens in the forest, from Bombur falling in an enchanted stream (see the picture), to the company chasing after wood elves, to the dwarves being trapped and strung up by spiders, to Bilbo finally finding his own courage. I can't wait! 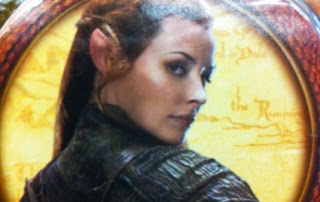 3. Tauriel: Crappy picture, I know . . . but we will finally get to meet this mysterious elf-warrior-chick that everyone has been so excited (or completely un-excited) about since Peter Jackson announced she'd be in the movie. Will she be able to hold her own with the 'real' characters? Doubt it. Will she and Kili have some kind of romantic fling? Hope not. I guess we'll just have to wait and see . . . 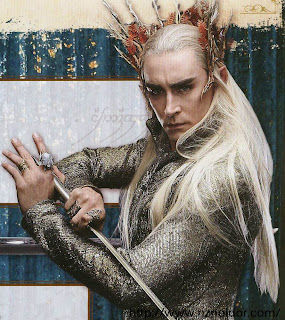 4. Thranduil: Now, I guess Legolas' papi already got a bit of screen time in AUJ, but let's face it . . . the guy was a big prick and that's about it. Will he be able to redeem himself in DoS? Probably not, since all he does is imprison Thorin and the dwarves. His cool moments will have to wait until the last movie . . . but hey, we'll get to see his palace in Mirkwood! 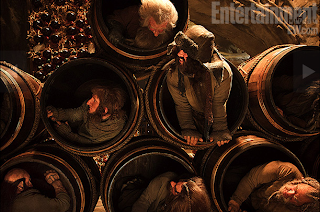 5. Barrels Out of Bonds: This has got to be one of the most anticipated scenes from the book. Bilbo's ingenious plan to smuggle the dwarves out of the Wood Elves' palace. Based on what we've seen of the  of the dwarves', I'm expecting their reaction to Bilbo's escape plan to be downright . . . comical. :) 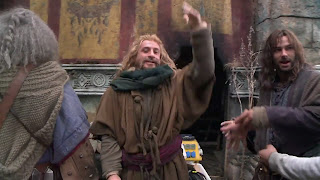 6. Laketown: Now, unless I miss my guess, the new outfits worn by the dwarves in the image to the right are human clothing (hence the clothes don't fit all that well) supplied by the people of Laketown after the dwarves stumble out of their barrels. I have to admit I'm really excited to see Laketown and its citizens . . . its such an iconic place in the book, I hope the movie manages to do it justice. 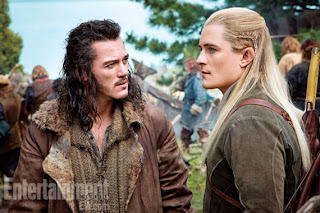 7. Bard the Bowman (and, erm . . . Legolas): Ok, so this is technically an image from the last of the Hobbit films, but both Bard and Legolas will both make their first appearances in The Desolation of Smaug . . . Legolas in Mirkwood, and Bard as the foil to the pompous Master of Laketown. I'm not sold on the actor they chose to play Bard . . . he looks a little more indie––or something––than I was expecting. 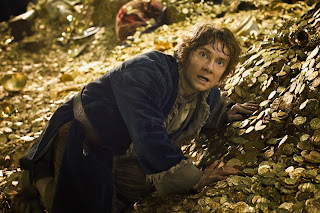 8. The Lonely Mountain: Thorin & Company will make the long journey to the ruined dwarf city of Erebor where a whole lot of stuff will happen . . . spoilers, anyone? This may be giving something big away, but yes . . . Bilbo will end up bathing Scrooge McDuck style in a sea of gold. Bet you didn't see that coming.

9. Smaug the Terrible: Yes. There will be a giant talking dragon. Better resign yourself to that fact right now.

10. A Gandalf Flashback? The Hobbit trailers were full of Gandalf wandering around Dol Guldur and what looked like the Nazgul Tombs mentioned by Galadriel in An Unexpected Journey. If I were a betting man, I'd guess that we will get a flashback in The Desolation of Smaug to when Gandalf found Thrain in Dol Guldur . . . I'm betting that the Nazgul Tombs; however, will be a scene saved for the release of the Extended Edition of An Unexpected Journey. That's just my guess though. 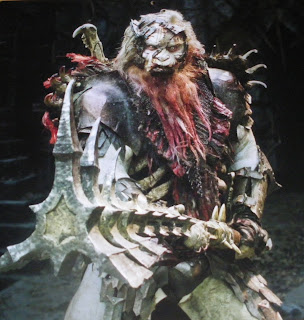 11. Bolg. What do you think, will we meet Azog's son in the second movie? I'm hoping so, cause I hate it when we're introduced to a main villain in the final installment of a trilogy (think Gothmog in ROTK or General Grievous in The Revenge of the Sith).

So, did I miss anything else? All told, I'm pretty sure its the events that will be covered in this second of three Hobbit movies that I am the most excited about seeing.
Posted by Landon at 2/14/2013