The Men of Dale and Laketown, and the Beornings too: A Brief History of Beorn and Bard, and other Men 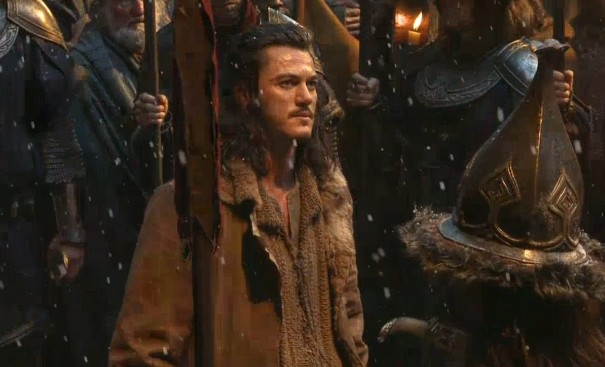 So have you ever wondered how a bunch of Men ended up in Dale, Laketown and the eaves of Mirkwood, surrounded by dwarves, elves, goblins and dragons and miles of wilderness? It's actually quite an interesting story that involves a lot of migrations, wars and possibly some inbreeding . . . I'm not really sure. Anyways, jump past the break to read more:

In a lot of ways, Men are the runts of the Middle-Earth litter . . . they're the second born, having awoken after the Elves had dominated the scene for thousands of years. They're mortal and frail, physically weak compared to Elves and prone to sickness. They're also more easily corrupted than elves, and over the millenia many men have given service to the Dark Powers. They're not as hardy as dwarves, and they certainly aren't as talented in metal and stone working. But, despite all of these disadvantages, men apparently have a lot of pluck (and they breed like rabbits compared to elves, dwarves and hobbits) because they manage to spread all over Middle-earth in a fairly short time.

So, to help untangle the relations among Men, I've made a little family tree of all the groups of Men you're likely to encounter in Middle-earth. Click on the image to enlarge it to full-size.

Another thing to note is that the Beornings, the men of Dale and Laketown, and the Rohirrim all descend from a common ancestor: the Northmen. These kindreds are called "Middle Peoples" by Tolkien, signifying that they are more closely related to the "Edain" . . . those families of men that became close allies of the Elves during the events of the Silmarillion, thousands of years before the Hobbit and Lord of the Rings. 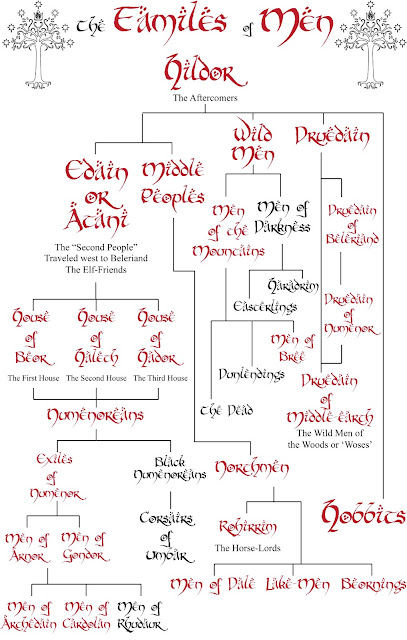