The town of Dale 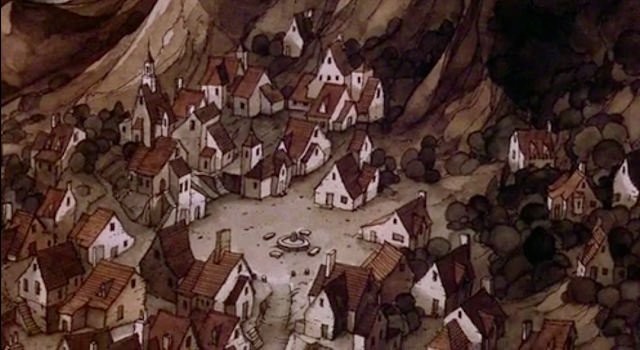 The super-sleuths at the German Lord of the Rings movies fan-site Herr Der Ringe Film have released the first ever photos of the town of Dale! For those of you who might not remember, Dale is the town of Men that was nestled at the foot of the Lonely Mountain. Thorin describes it to Bilbo near the start of the Hobbit:

Anyway they grew immensely rich and famous, and my grandfather was King under the Mountain again and treated with great reverence by the mortal men, who lived to the South, and were gradually spreading up the Running River as far as the valley overshadowed by the Mountain. They built the merry town of Dale there in those days.

Sadly, Dale was destroyed by Smaug . . . and by the time Bilbo and his crew reach the Lonely Mountain, nothing remains of the once merry town but ruins.

HDRF asked that their images not be posted on other sites (sorry . . .) so I'll just give you the link to the pictures. As a quick note: the buildings all look to be in good condition, so I wonder if what we're seeing is Dale before the arrival of Smaug . . . and that just makes me wonder what the place will look like when Bilbo and the dwarves finally arrive.

For those of you who don't read German, here are the translated photo captions (courtesy of theonering.net):