Just four more dwarves to go, and we'll have a complete crew (not counting a certain Mr. Baggins, of course, who we have yet to review). Next up are three dwarves who seem to have come from a slightly . . . different background, then all the others we've reviewed so far. It looks like this difference is going to be played up in the movie, but for a starting reference, lets hear from Tolkien himself:

Bifur, Bofur and Bombur were descended from Dwarves of Moria but were not of Durin's line.

These three are not, in other words, royalty, and they stand alone in Thorin's Company, since the rest of the dwarves are all of Durin's direct line and closely related to Thorin himself. So, what do normal dwarves do with their time? Find out, Brave Reader, after the break: 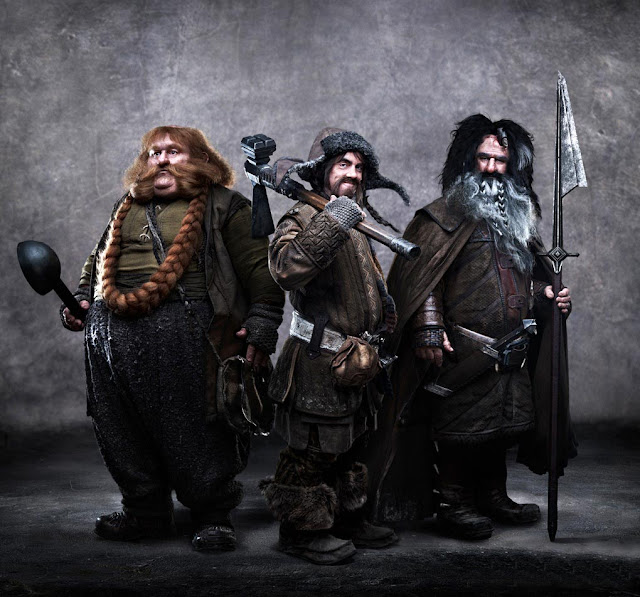 And here they are, a gang of down-to-earth (or should that be "in-the-earth"?) dwarves doing down-right normal things. Here's the description given with the above photo:

While most of the Company of Thorin Oakensheild is related to the royal and noble line of Durin, Bofur, his brother Bombur and their cousin Bifur most definitely are … not. Born and bred in the West, descendants of coal miners and iron workers, they have joined the Quest for the Lonely Mountain partly to seek their fortune and partly because they were told the beer was free.

Now, I have to admit that when I first read this, I was a little skeptical of the idea that dwarves were mining coal. I mean, why would anyone need coal in a medieval society? As far as I knew, coal only became valuable after the Industrial Revolution . . . so the idea of dwarves peddling coal in Middle-Earth seemed a little out of place. Turns out I was wrong on two counts. Wikipedia has a great article on the historical use of coal right here, and in fact, it seems that people have been using it for millenia. And as far as our Middle-Earth dwarves digging coal, here's Gandalf laying down the law:

Just let any one say I chose the wrong man or the wrong house, and you can stop at thirteen and have all the bad luck you like, or go back to digging coal.

Hmphfff . . . shows how much I know. Anyways, coal-issues aside, I think these three dwarves are great. In the book, these three fall through Bilbo's door, smack on top of Thorin Oakenshield (next post). Tolkien describes them like so:

For one thing Bombur was immensely fat and heavy

Bifur is the wild haired guy on the right. This particular shot of him cracks me up: he has a decidely lop-sided look that suggests he's either really tired or really, really confused. As far as book-accuracy goes, he's not exactly a straight lace, though Tolkien doesn't give us much to go on. The one description we get is that his all-important hood is yellow. Movie Bifur looks like he might have a hood attached to that cloak, though its pulled back at the moment, though it might just be a collar. Either way, its not yellow. But even though he's missing the hood, there are two things that make Bifur a cool–and even mysterious–dwarf. First, check out that pike/spear thing he's carrying. Maybe 'halberd' is a better term for it, because its certainly the size of an ax blade, and its stuck on a long handle. That thing looks like it can do some damage! Second, Bifur seems to have an ax blade stuck in his forehead. Yep, thats right. You can see it better here: 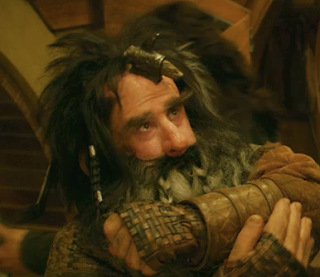 Look at that thing! How on earth did that happen? How did he survive? And more importantly, how much of Bifur's mental faculties are still intact? Guess we'll have to wait and see. Anyways, all things considered, I give Bifur here a 6 out of 10.

I really don't have too much to say about Bofur . . . except he looks like he's come straight from the Gold Rush in Alaska. His pick-axe/hammer combo tool is awesome though, Middle-earth's answer to the Leatherman, I suppose. Again, there is a serious lack of hood-age, and his beard is wanting. So I'd score Bofur at a 5 out of 10.

Lastly we have Bombur. Oh Bombur, you sweet, round tub of dwarf-ness. This guy has to be one of my favorites, possibly tied with Balin for the coolest dwarf in the movie mob. He's definitely pushing the Samwise vibe with that huge ladle he's brandishing. I think Mr. Jackson and his team have done a great job with this one. His braided beard is just plain awesome. Now, like the first two, he's lacking a hood . . . but in this one case I'll let it slide. Bombur gets a 9 out of 10. 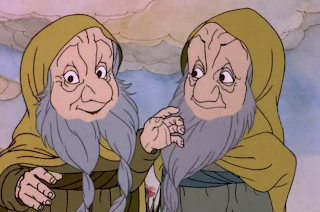 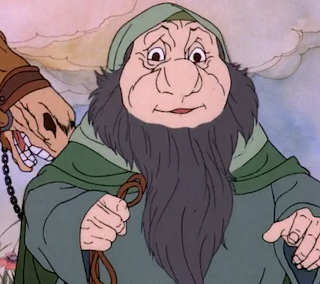 Once again, R&B got the hoods right . . . but the identical twin thing is downright creepy, and who the heck substituted Friar Tuck for Bombur? I appreciate the hoods, but I have to admit I like the new trio a whole lot better.