Fridays at the Mathom-House: Turner Mohan

Friday is here, its the end of the week, and to make it just that much better for you, a new weekly post series is starting up! Welcome, good reader, to the Mathom-House! Each Friday I'll feature the work of a new artist who's turning out particularly fantastic work focusing on Middle-Earth and its inhabitants.

This first week, we'll be looking at the excellent pencil-work of Turner Mohan. Turner has done some awesome renditions of several dwarves, an elf, Bilbo, Beorn and Smaug. You can find more of Turner's work at DeviantArt, or at his personal website. 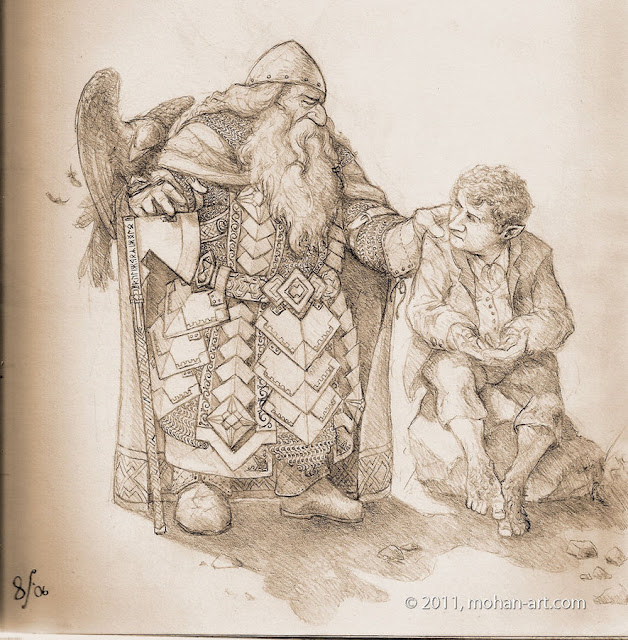 Both Balin and Bilbo are rendered extremely well in the image above, but its the little details that I like best: the thrush perched on Balin's axe and Bilbo cupping his hands around something. In fact, I think Bilbo steals the show here, despite Balin's stunning armor . . . this has to be one of the best interpretations of the Burglar I've seen.

More awesome drawings after the break: 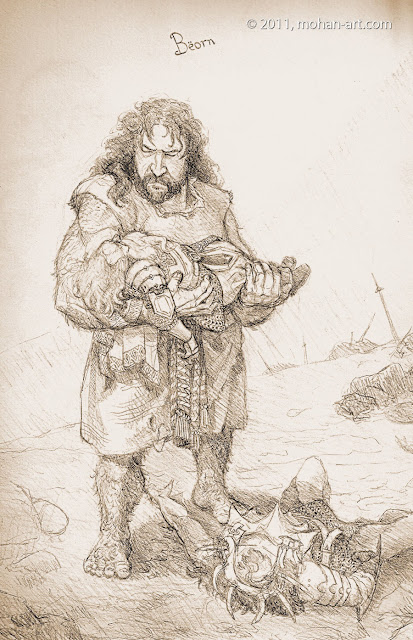 What struck my most about this image of Beorn and Thorin is that instead of doing the obvious and draw Beorn in bear-form in the middle of a huge battle, the artist picked a much more subdued scene, where Beorn is actually showing compassion and sorrow. This picture does a great job of playing up the size difference between the man and dwarf. 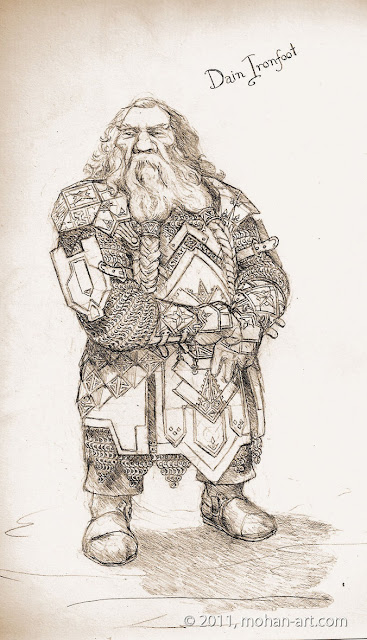 Yeah, this one is just sweet. Not much else to say. Dain's tugging his gauntlets on like he means business . . . and who wouldn't,  protected by that armor? 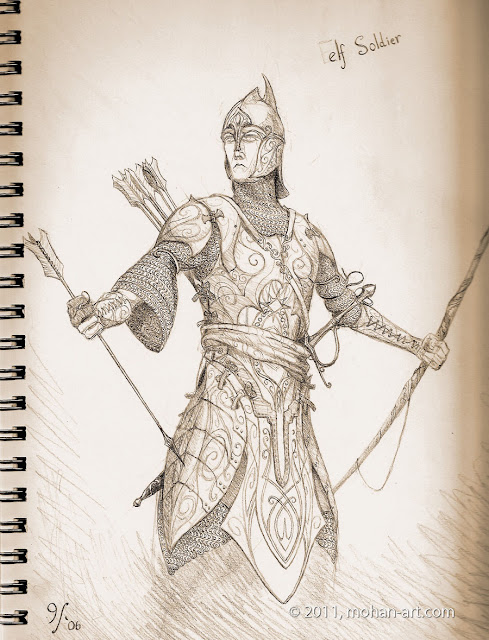 This elf warrior is a great piece too. One of the things I like best about this is how functional the armor looks. Also, the artist did a great job differentiating between the dwarf and elf armor. 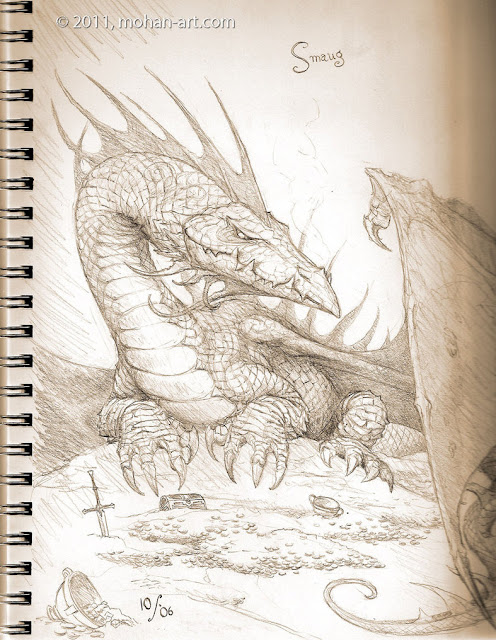 This is far and away my favorite Smaug rendition out there. Somehow, the artist has worked a lot more personality into the Old Worm's face . . . given it real individuality. 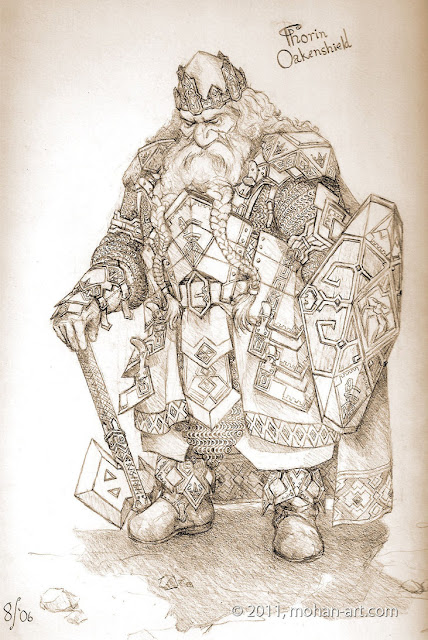 Thorin is impressive . . . his armor and the old dwarf himself. I have to admit, I hope that in the movie the armor the dwarves recover from Smaug's stash is half as cool as the stuff Thorin and Dain are wearing. I like that Thorin's proportions aren't just those of a scaled down human . . . he's broader and has short, stumpy legs. It helps set him apart a bit, and I miss that in the movies.